After years of playing kid parts – and one friendly neighborhood Spider-Man – Tom Holland has been strategic about when to make the step into becoming an adult on screen. The new drama “Cherry” definitely lets him do that playing an Iraq War vet, a dope fiend and a bank robber, all in one role.

Reteaming with his “Avengers” directors Anthony and Joe Russo, Holland stars in “Cherry” (in theaters Friday, streaming on Apple TV+ March 12) as the title character, a Cleveland kid who leaves college to enlist as an Army medic. The soldier comes back from war with PTSD, and soon he and his college sweetheart/new wife Emily (Ciara Bravo) both become addicted to drugs as Cherry starts holding up banks to finance their habit.

“I’m very lucky that I look young and I can continue to play this 17-year-old web-slinger and I will do that for as long as they will have me. If they want me to make 10 Spider-Man movies, you better believe I will be there,” says Holland, 24. “But ‘Cherry’ was our big leap. I’m really interested to see the types of doors that it opens and the doors that it closes.”

The British actor’s currently filming his third Sony/Marvel solo film, “Spider-Man: No Way Home” (due in theaters Dec. 17), in Atlanta. He’s been doing well with COVID protocols though, for the record, “the Spider-Man mask does not count as PPE.” Holland headlines a couple other movies coming soon: the young-adult sci-fi adventure “Chaos Walking” (in theaters March 5), co-starring Daisy Ridley, and the video-game adaptation/franchise-starter “Uncharted” (Feb. 11, 2022) which casts Holland as globe-trotting fortune hunter Nathan Drake opposite Mark Wahlberg. 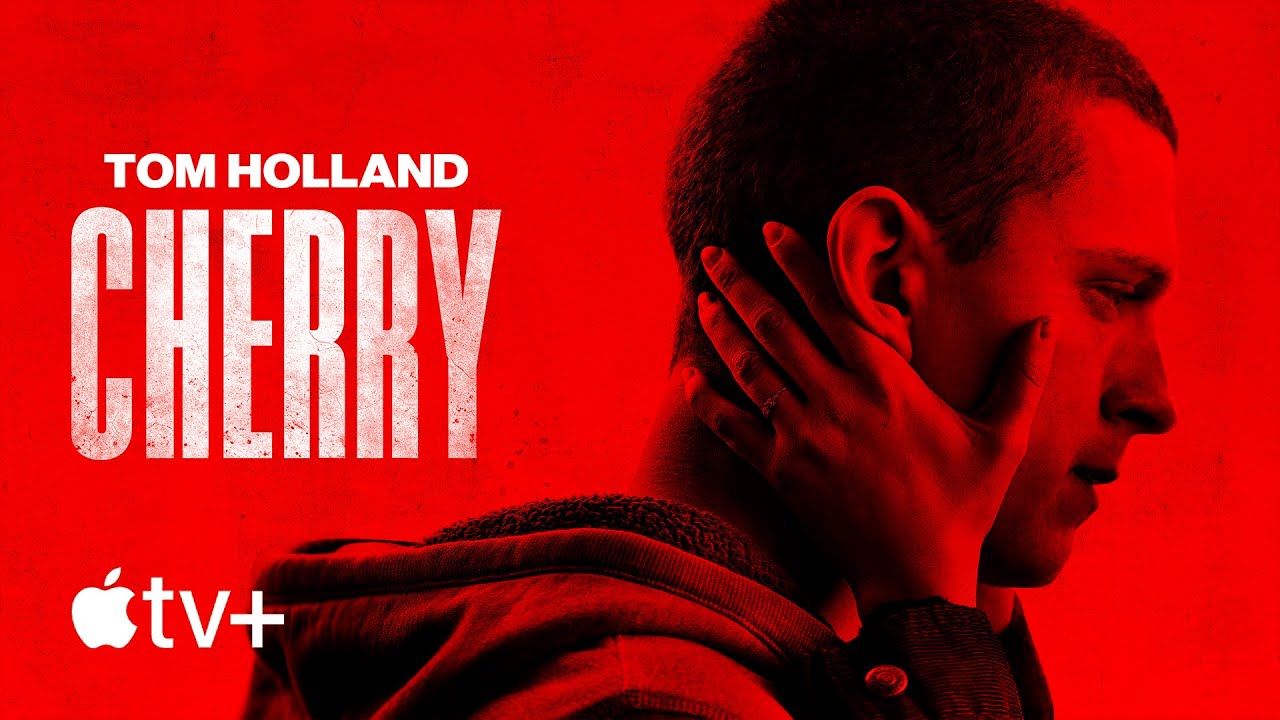 Holland talks with USA TODAY about “Cherry,” his new “Uncharted” hero and a possible Spider-heist:

Question: Did you have any apprehension playing Cherry?

Tom Holland: The thing I was most nervous about was just the sheer workload, maintaining that type of emotion, physically sort of getting myself to a place where I could be convincing in this character and just maintaining that over the course of making a film. I’m really proud of what I achieved and I felt like I did the best job I could. I left everything on the field.

Q: Do you take what you learned about yourself playing Cherry into Peter Parker and future roles?

Holland: One of the big things for me that I’ve learned from “Cherry,” which I will take with me for the rest of my career now, is that vanity means nothing. At times, it was about making me look as hideous as possible. Having that freedom and taking away those insecurities of ‘How do I look, do I look OK?’ has allowed me to just be much more confident in my own skin and also allowed me to portray characters in a more truthful way because I’m not trying to make them look good.

Q: Nathan Drake marks another franchise for you. What’s the coolest thing about being that guy?

Holland: The luxury of playing Peter Parker is that he’s a superhero, but also a kid. So he gets to play on the side of being the clumsy, juvenile, happy, innocent young man. Nathan Drake is very different: For me to step into the shoes of a commanding young man and someone who can hold themselves in a situation, it was a lot of fun.

I’m lucky to be working with Mark Wahlberg. One thing that I picked up (from him), which I had to very quickly get rid of within the first two weeks of shooting, was a Boston accent. My dialect coach was like, “Why are you saying ‘cah’? You’re not from there.”

Holland: I’m going to take a break and travel the world. It’s the first time since I signed on to (“Spider-Man: Homecoming”) that I don’t have a contract with someone. I might go skiing because that’s something I’ve not really been allowed to do because it’s obviously a dangerous sport. I’ve been very careful over the years, which is why I’ve become obsessed with golf because it’s the only sport I can play without getting injured.

Q: When you finish up this Spider-Man film, what do you want to take as a souvenir? A mask? Web shooters?

Holland: One of the most amazing things about being an actor is that when you finish work, there will always be this film, this tangible thing you can sit down and watch and reminisce.

But if Sony and Marvel don’t let me take the Spider-Man suits home, I am going to steal them. I’m going to wear all of them at the same time and walk out and be like, “If you want them, you have to come and take them off me because I want them.”

'Miss Juneteenth' is the American Dream deferred: The movie's most poignant moments

Father's Day: A Cuban grandfather's love of family lives on as his greatest legacy

'It's time for a reset': Macy Gray proposes to change American flag on Juneteenth

'Miss Juneteenth' is the American Dream deferred: The movie's most poignant...

'The Bachelorette' co-host Kaitlyn Bristowe says she is 'so sick' of...